Long term care is a module developed for skilled nursing facilities. These facilities, while dedicated to helping elderly folks, also have much stress due to the amount of required documentation they need to do. Our goal for this project was to help alleviate the some of the burden by helping make their jobs easier.

To do some initial UX research, I spoke to the team lead of the LTC module development team. He gave me his vision and where the complaints were that he got from the end users who had used the first version of this module.

Unfortunately, he wasn’t as clear and as direct with his vision, so I took down these notes and tried to create visuals. This would be the defining challenge of working with this team.

Since creating the calendars by hand would have take more time to do on paper, I took a basic frame and quickly took our card pieces and arranged them in a way to start to some ideas. This is the very first wireframe, that the team and I later tore apart and discussed. 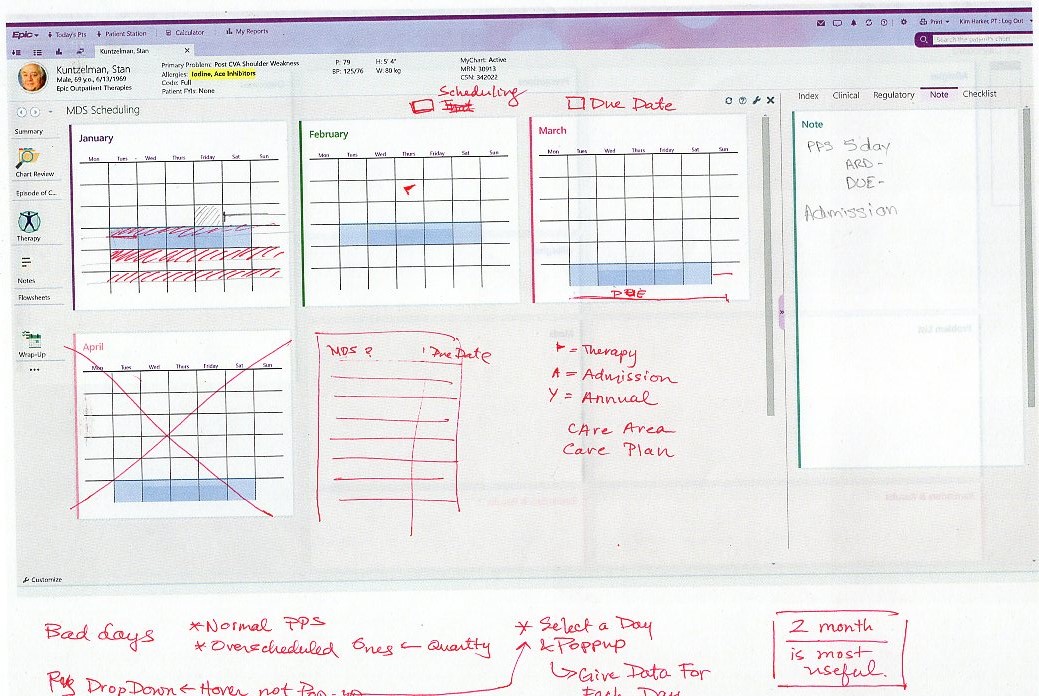 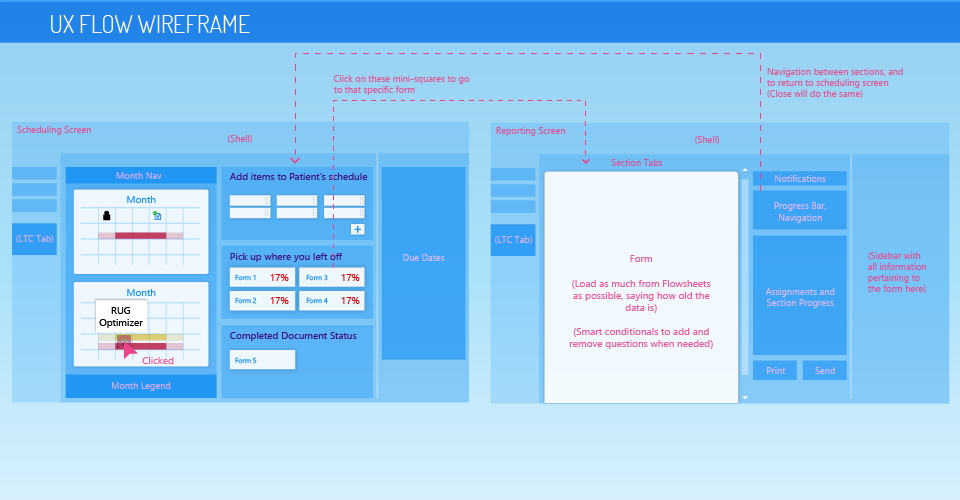 For the starting screen where an MDS coordinator would make sure the documentation is done. (Click to expand) 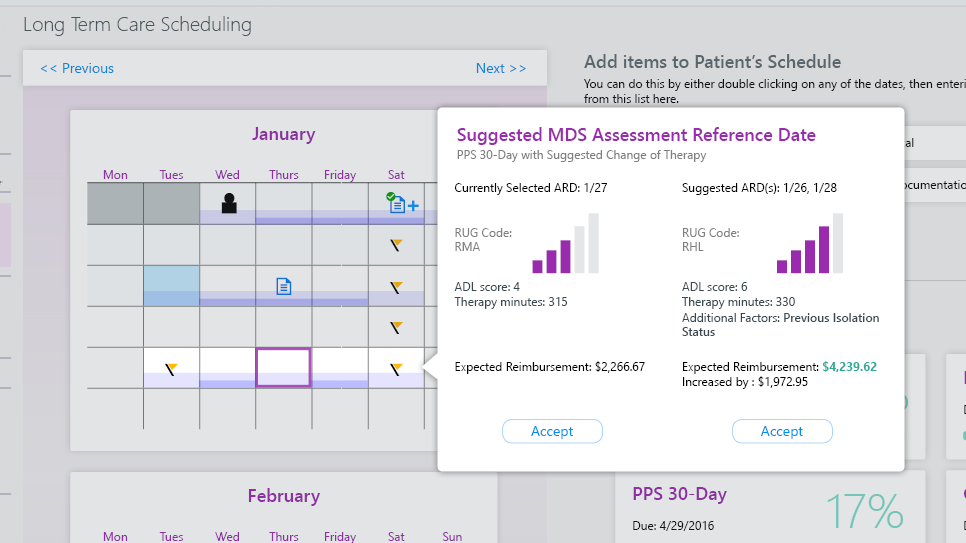 Popover bubble for selecting the best day for reimbursement.

After many months, I had to give up. The product lead and his team were too disjointed. I created over 30 different visions and collaborated with other UX designers to match up with the first style guide the company had ever created. Along with that, I had to work with 7 other teams and then my boss directly wanted me to work on his own personal visions. This is what the state of the project's vision was before I quit. 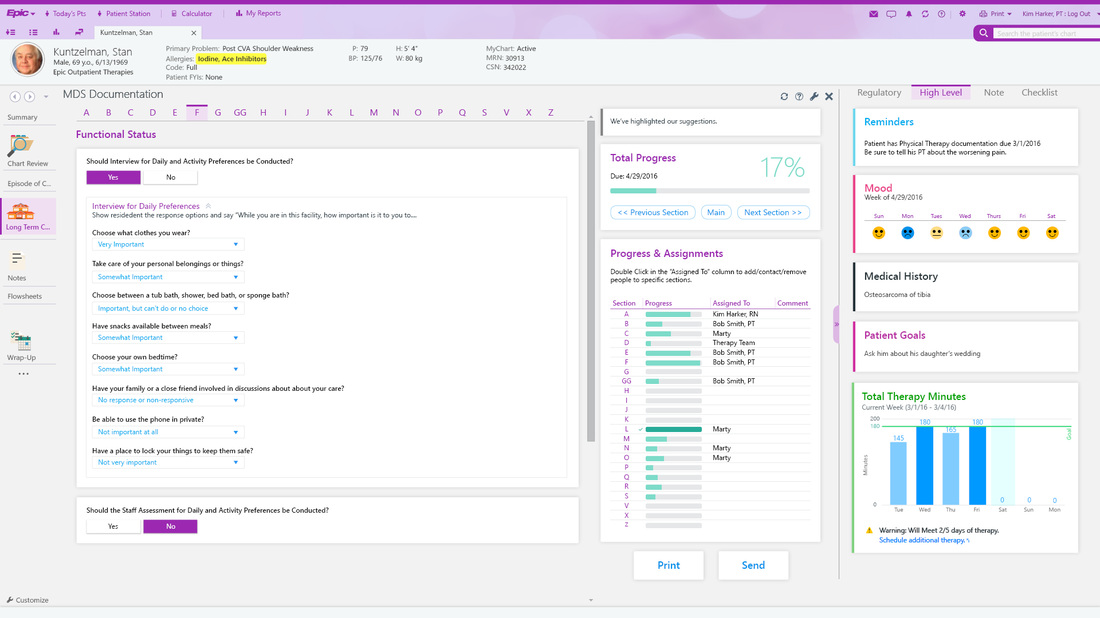 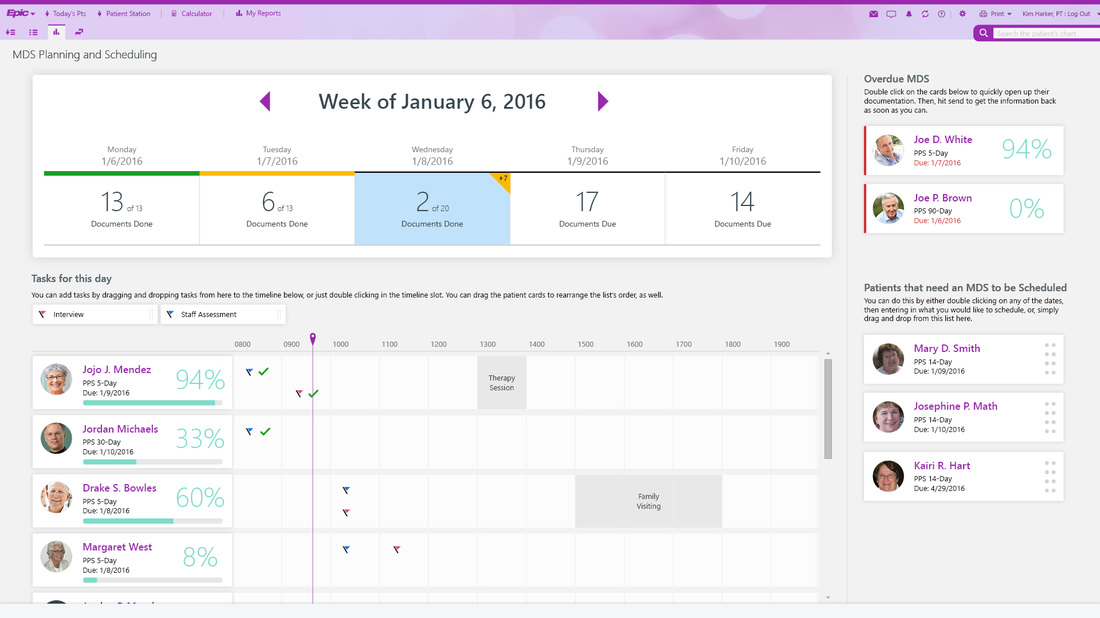 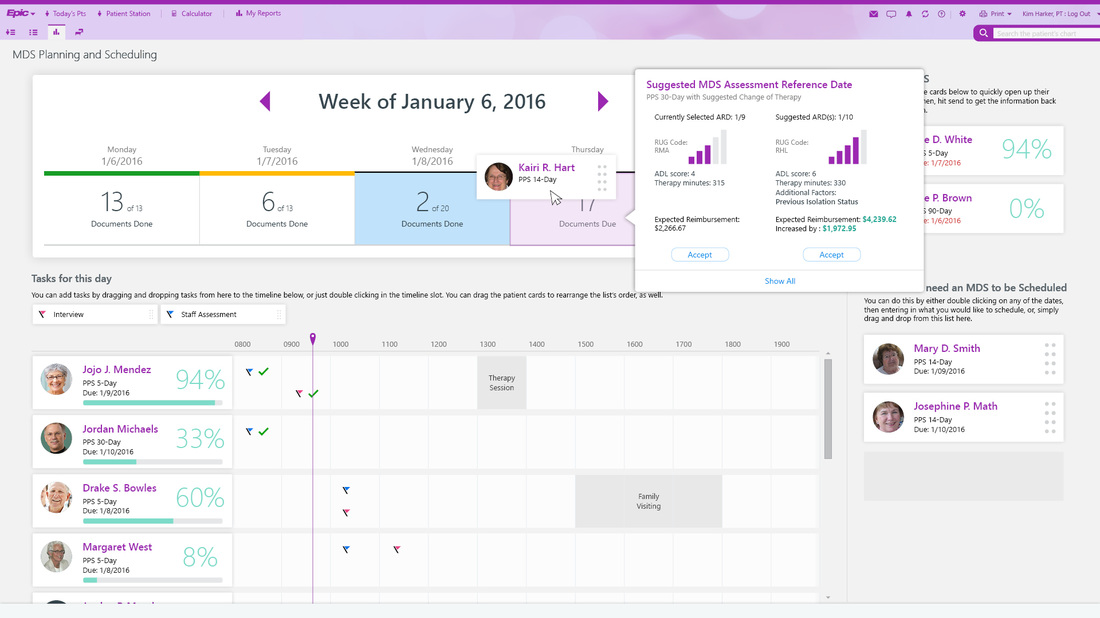